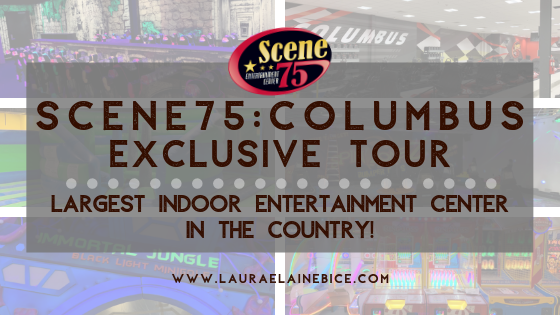 The “largest indoor entertainment center in the country” is opening in the next couple week right here in Columbus, Ohio!  Scene75 already has four locations but I had the pleasuring of taking a private Columbus Ohio exclusive tour of this “opening soon” indoor wonderland, Scene75 and I am sharing SOME sneak peeks with you today!

The space that Scene75 is filling is HUGE; two floors and 225,000 square-feet make this indoor entertainment center the largest in the country!  During my Columbus Ohio Exclusive Tour the senior staff members were conducting training for new employees so I was able to see a number of the features in action.  I even was able to sit in on a demonstration of the XD Dark Ride motion simulator!  The XD Dark Ride is a thrill ride for sure!  I also was able to take a test run through The Vault; a laser maze with a Mission Impossible feel.  During my mission, there was a camera recording my progress and I was able to email the video to myself so I could share with my friends on social media!

This post really is only covering a portion of what Scene75 Columbus is offering; there simply isn’t enough space in the post to cover everything.  Trust me; it’s a massive playground with tons of fun for everyone!

“Scene75 specializes in birthday parties and corporate events! Tons of entertainment all in one place means an easy party for you–and a blast for your kids and co-workers. Here, weather will never ruin your good times.” 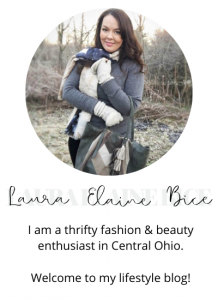